Runner’s knee is a term used to describe pain experienced around the front or behind the kneecap. The term encompasses a range of pathologies but as the name suggests, it is most common in those who place repeated stress on the knee, such as runners. Other activities that can cause such pain are cycling, jumping, walking and football.

The knee is a hinge joint made from the thigh bone, shinbone, and knee cap. It is stabilised by 4 strong ligaments and cushioned by cartilage and meniscus that sits in-between the bones.

The kneecap plays a vital role in the bending and straightening of the knee and partakes in a ‘pully’ mechanism alongside the quadriceps (thigh muscles) to do so. During such movement, the kneecap glides within a grove at the base of the thigh bone called the trochlear groove.

In patella-femoral pain syndrome/runners this, it is often this movement that is considered stressful causing pain and symptoms. 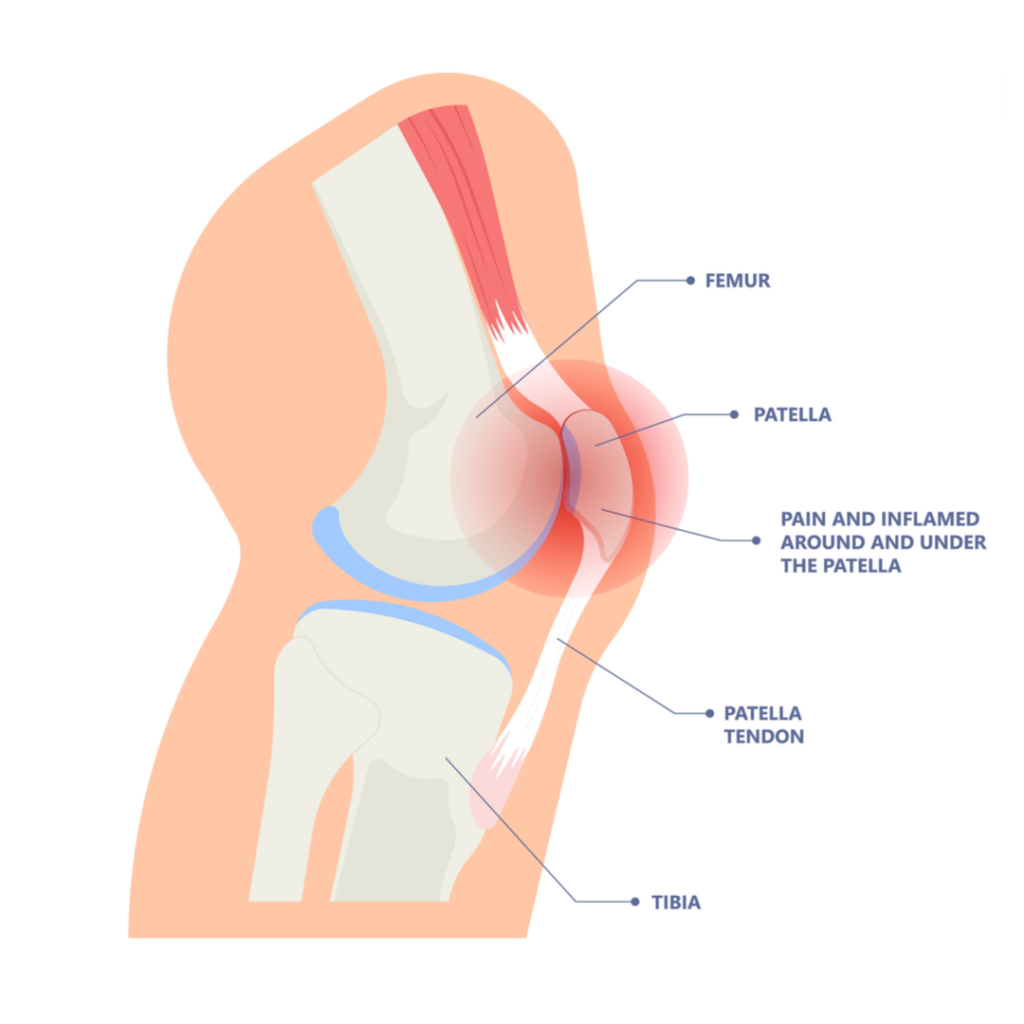 How to treat Runner’s Knee:

It is advised that you should seek professional opinion to officially diagnose Patella Femoral Pain and to avoid misdiagnosis. Each treatment will be individually tailored and specialised to every individual and will focus on their specific cause for the onset of the pain and symptoms.

Some generalised treatment ideas can be seen below: 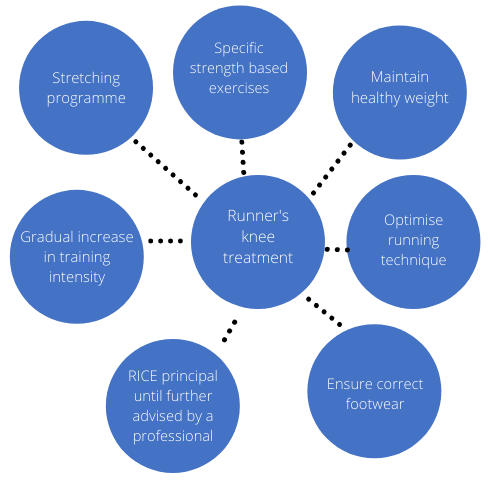 Are you suffering with knee pain? Worried about running or maintaining your activity levels? …. Visit a qualified & highly skilled therapist for a thorough knee assessment and rehab programme at Hempstead Therapy Centre!

PrevPreviousSports Injury Triage Service
NextIs return to work anxiety (RTWA) a real thing?Next
We use cookies to ensure that we give you the best experience on our website. If you continue to use this site we will assume that you are happy with it.AcceptPrivacy Policy